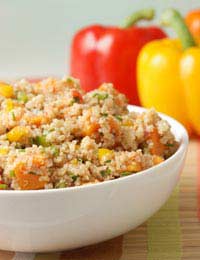 One of the biggest worries for anybody who is diagnosed as being coeliac or gluten-intolerant is that their fitness and lifestyle will change for the worse. Oddly enough, it’s a concern that is the opposite of the experience of some of the world’s most successful athletes.

Athletes Who Are Gluten Intolerant

Paula Radcliffe, Olympic Gold Medallist at the marathon, one of the toughest athletic events for any athlete, and world marathon record holder, suffered both heartbreak and public scorn after failing to complete the Athens Olympic marathon. She and trainer husband Gary decided that part of the problem had been her diet and she had tests that revealed she was intolerant to wheat, gluten and dairy products. As a result she now eats a gluten free diet and has recovered enough to win world-class marathons again.

Similarly, Drew Brees, starting quarterback for the New Orleans Saints, has a set of gluten, egg, and dairy allergies. When his team won the Super Bowl this year, he was frank about his tendency to ‘cheat’ on his soy rich, gluten-free diet but that doing so always means he ‘feels the consequences’ to the detriment of his sporting performance.

So what are the key points to keeping fit and gluten free?

Can I Eat Enough Carbohydrates For Regular Training?

Serious athletes have intensive energy requirements which have to be met by carbohydrate loading before, during and after training. This loading serves two purposes: providing the energy needed to compete effectively and speeding up recovery after a contest, particularly after strain or injury. Eating a gluten-free diet can actually improve athletic performance because it forces an athlete to be more aware of the need to carbohydrate load without allowing them to fall into the bad habits of consuming ‘easy’ carbs like pasta or pizza which are not particularly valuable nutritionally and can even cause spikes and troughs in blood sugar as they have a higher glycemic load than gluten free alternatives.

Gluten free grain-based foods such as teff or soya offer several advantages – they allow the body to learn to use fat-stored energy more efficiently this means that the body will tend to rely less on food in the gut and more on stores in the fat reserves, keeping the athlete leaner. Because they have a slow glycemic release, they don’t cause the blood sugar drop that wheat based foods can be prone too, which often emerges as stomach cramp.

Will I Have Enough Energy If I Am Gluten-Free?

Although the perception is that a gluten-free diet may be lower in energy based calories, it’s been proven that blood sugar levels remain more stable during exercise if people don’t eat wheat – this means that muscles are given a longer, more sustained feed of energy and that strength levels remain better balanced over a period of exercise, with no sudden drop in performance or feeling of exhaustion.

Will My Body Rebel At The Change Of Diet?

This is a genuine concern, although for people who are experiencing the ill-effects of food intolerance, a swift change to a gluten-free diet can be very positive. Some individuals do find it takes longer for the gut to absorb nutrients from gluten-free foods and this means that it’s a good idea to start by allowing an extra hour after eating and before exercise to allow the stomach to adjust to the new nutrient levels contained in gluten-free meals.

Here are some great gluten free foods to use for energy: