Home > Symptoms > Can Gluten Allergies Be Developed Later in Life?

Can Gluten Allergies Be Developed Later in Life? 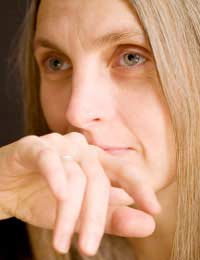 Gluten allergies occur in a large number of people yet not many people know that much about them. The allergies can have serious consequences for sufferers.

If a parent has a gluten allergy the child has more chance of having the disease. However a person can easily have the disease even if no one else in the family has it. Because of this belief though some people think gluten allergy is something that you would have from childhood. But it is in fact possible to not suffer at all from the disease until later life. The intolerance may exist but may not cause any problems until the person is much older.

How Is It Diagnosed?

Diagnosis of gluten allergy has always been quite challenging as the symptoms vary so much from patient to patient. Symptoms are also similar to other ailments, such as intestinal infection, irritable bowel syndrome, iron deficiency, chronic fatigue, and Crohn’s disease. A person may have a combination of these problems, which can be aggravated by a gluten allergy. Often, patients are given many different diagnoses before the correct diagnosis is given.

What are the Symptoms?

Home allergy test kits are now more advanced but you should still always consult a doctor. If it is a late onset allergy it is important to get all the advice possible. If you are going to go for a test with your doctor or take an allergy test at home, it is important to eat a normal diet that includes foods containing gluten. If you're doctor is reluctant to give you a test it may be wise to seek a second opinion.

Quiz: is Your Child Gluten Intolerant?

Celiac or Crohn's: What is the Difference?

Are You Born With Gluten Intolerance?